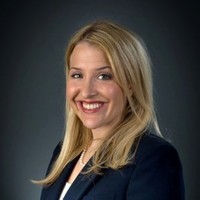 Mrs. Spalten joined USAA in 2018 as a Municipal Analyst covering the Southeast region and began co-managing the tax exempt fixed income Funds in March 2021. Prior to joining USAA, she was an Associate Director at Standard & Poor's (now S&P Global Ratings), where she specialized in evaluating creditworthiness of state and local governments across the Southwest United States.

Mrs. Spalten holds a B.B.A. in finance from Southern Methodist University and an M.B.A. from the University of Texas at Austin.